The Archbishop of Canterbury, Justin Welby, has warned that returning to austerity after coronavirus would be ‘catastrophic and a terrible mistake’. He was speaking in a BBC interview ahead of mental health awareness week and told of his own struggles with anxiety and depression.  He urged the government to invest in mental health services and said there should be a royal commission on social care.  He said: “Just because we’re in the middle of a crisis, it doesn’t mean that we can’t have a vision for a future where justice and righteousness are the key stones of our common life.”

The government taskforce set up to consider opening places of worship earlier than 4 July, says it is determined to find a way to safely reopen them as soon as possible, while keeping people safe. Faith leaders met the government on Friday for talks which, the Communities Secretary Robert Jenrick said, had been very productive. It followed a series of meetings with faith and community leaders over the last few weeks.  His department said they will work with faith leaders over the coming weeks to seek a solution, but meanwhile churches and places of worship must remain closed. Funerals are still able to go ahead in places of worship and in crematoria where possible to do so safely.  The Communities Secretary also confirmed  that Faith Action will receive £125,000 to consult community groups and places of worship up and down the country to ensure their views are represented at the taskforce’s meetings.
Members of the Taskforce who met on Friday were: The Archbishop of Canterbury; Cardinal Vincent Nichols; Chief Rabbi, Ephraim Mirvis; Imam Asim Yusef,  Board of British Scholars and Imams; Rajnish Kashyap, Hindu Council UK; Jasvir Singh, City Sikhs; Daniel Singleton, Faith Action. The department said other faith representatives and government officials may be invited to attend future meetings depending on the Taskforce’s priorities.

The CEO of the Evangelical Alliance, Gavin Calver, has urged all evangelicals to ‘’stand together’ and support families of black and ethnic minority people who have suffered disproportionately in the Coronavirus pandemic. Speaking to Premier Christian radio, he said 25% of evangelicals in the UK are from a BAME background and all white members of the Alliance should offer support to others asking how they can help, adding that this is ‘crisis is a moment for unity’.

The Sikh Network, which represents 130 gudwaras in the UK, will release a report on Monday, on how the Sikh community regards the government’s handling of the Covid19 crisis ‘and lack of Sikh community engagement’.

A documentary on child abuse by Catholic clergy in Poland and a subsequent cover up,  has been released on YouTube. As a result, the Polish Archbishop Wojciec Polak has reported the case to the Vatican’s representative in the country.  This is the second such documentary by film maker Tomasz and Marek Sekielski – the first has been viewed 23.5 million times.

The emergency field hospital set up by the Christian charity ‘Samaritan’s Purse’ to treat Covid19 patients in the Lombardy region of Italy, is closing down. It treated 280 people since March 20th in a makeshift  hospital of tents, in a hospital car park. The charity is run by Franklin Graham, son of the evangelist Billy Graham. 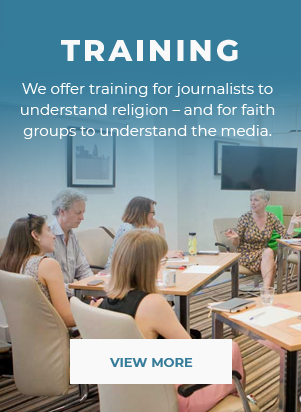